Showing posts from May, 2011
Show all

Let's Not Forget That Cashews Are Nuts. (And Maybe I Am Too!)

May 23, 2011
I made a raw "cheesecake" yesterday.  Since I am off sugar and gluten, I've not been able to get my baking fix so I decided that I would try making something dessert-like.  Since the ingredients were cleanse-approved, I felt good flexing my culinary muscles. So what is a raw cheesecake, you ask?  Well, the one I made is basically pureed soaked cashews, berries, agave, lemon, and some coconut oil.  I tend to avoid things that claim they are cheese when they are not.  (I mean, why mess with something as glorious as cheese?!)  In the spirit of the cleanse, however, I thought I would branch out. And you know what happened?  Sure you do. This "cheesecake" went over like a lead balloon. Jude and Ellie sniffed at it suspiciously and then declared, "No like it, Mama."  Vivi took a few bites and then asked for ice cream.  Mark said it was okay but probably not good enough for the cost of the ingredients.  I, the sugar-addict in the house, thought it was too
1 comment
Read more 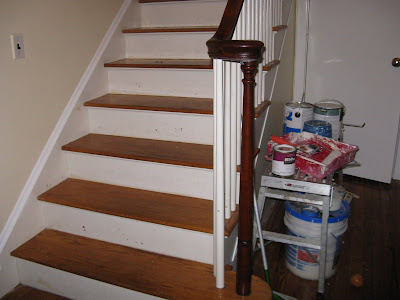 Ladies, I am doing something that I never ever thought I would do: a cleanse.  Yes, in a moment of bloated flabbiness, I signed up for this .  I am off dairy, gluten, all processed food including tofu, and sugar for ten days.  As a vegetarian, I'm also not eating meat so it's been a lot of almond butter, avocado, hummus, and kale around these parts. And, well, it hasn't been terrible.  The first couple days I felt more tired than I have felt in a very long time.  I think it was because I had to sever my relationship with sugar.  (I was sorry to have to break-up with my BFF but her time had come. She's been treating me badly for so long that I just couldn't keep pretending our problems didn't exist.) The most challenging part of this week is not the cleanse, however.  It is this: We hired someone to paint our foyer, stairwell, and upstairs hallway.  We are on day 5!   FIVE!  I have been out of the house from 8 a.m. until 4 p.m. every day in the rain with at
1 comment
Read more

May 13, 2011
What happened to my two preceding posts?  They were officially published with comments and now they are gone. GRRRR......
5 comments
Read more 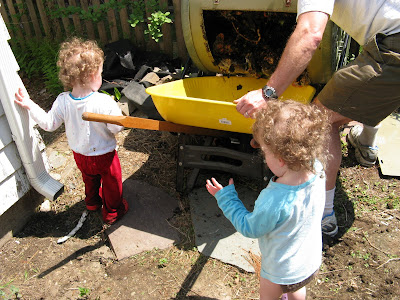 The first warm sunny day around here is an important day.  That's when Daddy empties the compost bin and all his helpers get to work. At some point during this process, a certain someone felt the need to remove her pants. Don't worry Daddy, I'll take care of this.   Smoothie in the sunshine = Toddler Bliss! Linking up to Simply Modern Mom's Glimpse Into Mootherhood .
1 comment
Read more

May 11, 2011
As many of you know, my husband and I have been struggling with our decision about where to send Vivi for kindergarten. Providence public schools are strapped for money and all of the teachers were issued pink slips several months ago.  The city is planning on closing some schools and spreading the students from those schools to the ones that will remain open.  Our neighborhood school will remain open but with twenty-eight kids in a class already, many from highly impoverished homes, I have a hard time envisioning how this will work. On the contrary, there is a lovely private school walking distance from our house where Vivi was admitted.  The kindergarten is play-oriented with lots of recess, the curriculum is progressive, the classrooms are small, and there is dual education in English and Hebrew.  It is expensive, of course, but the school gave us a generous financial aid package. So it's a simple decision, right?  Unfortunately, no. When we began the process of looking for s
8 comments
Read more

Just In Time for Mother's Day 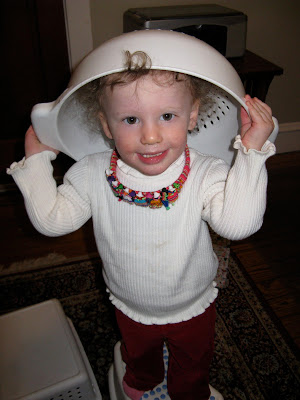 This is Jude. Jude has always been a daddy's girl . I am generally okay with that.  Since Vivi has expressed a clear preference for our neighbor and Ellie seems to want to snuggle with me, it's only fair that my husband gets a little loving now and then too.  He's a great guy. Today, however, Jude did something I never expected.  This morning, I ignored both Turtles in order to do some laundry.  They were entertaining themselves (translation: fighting over toys) so I let them have at it so I could serve the higher cause of providing my family with some clean underwear.   By the time I was done, it was obvious that Jude needed a break from Ellie.  I sat down next to her on the living room rug and cracked open a book.  Before I began to read, Jude grabbed my hand and said, "Love you Mama." I don't know if she really does love me or if she was just sick of her sister.  Both scenarios are plausible but it made my morning, nonetheless.
2 comments
Read more

What You Do When You Have More Children Than Hands 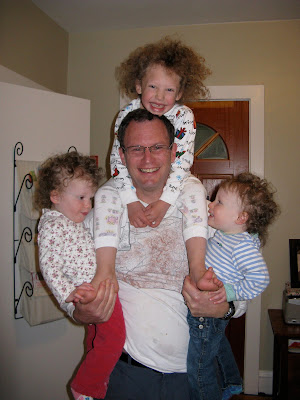